Have you seen the movie, The King’s Speech?

King George VI tries to overcome his stuttering problem with the help of a speech therapist and makes himself worthy enough to lead the UK through World War II.

What does this have to do with speech pathology for kids, you may ask?

Well, early intervention from a speech pathologist is recommended for those who have speech, language and communication difficulties (though you can seek help at any age).

For stuttering in particular, it’s important to catch it and get it resolved prior to your child starting school.

So, had King George been helped much earlier, he may not have found himself in such a predicament.

Stuttering is only one aspect of speech pathology for kids. Let’s look at the stages of preschool children’s speech development.

Learning to speak is a crucial part of a child’s development. The most intensive period of speech and language development happens in the first three years of life.

You generally can’t understand babies when they start making noises and try to speak. However, by 18 months, parents can start to understand a bit.

How well words can be understood by parents

While most children are fully intelligible by 36 months, many toddlers have difficulty saying sounds correctly all the time.

Some words are more difficult than others for children to say, so they may make some sound errors (e.g. “tat” for cat and “pam” for pram).

What can parents do to help?

However, if a toddler’s speech is very difficult for parents to understand, or if children are using gestures (and grunts) in place of words, parents should contact a speech pathologist for further advice.

You can see our in-house speech pathologist, Naomi DeNicolo, here.

You can also have your child’s hearing checked by an audiologist.

Progress made in the preschool years is crucial to mastering the rules of language.

Preschool children start to use much longer sentences, yet their speech should still be understood by unfamiliar people (outside of the family) about 75% of the time.

By 5 years of age, anyone (including unfamiliar listeners) should be able to understand the child’s speech in conversation 95-100% of the time.

Some sounds are later to develop and children may still have difficulty with them at this age.

What can parents do to help?

If you’re concerned about your child’s speech development, their hearing can be checked by an audiologist (as hearing is important in learning how to say sounds correctly).

In addition, speech pathology is recommended if:

By school age (5+), kids’ speech should be easily understood by everyone. So, it’s important to address any issues early, ideally before your child starts school.

For all ages, you can check your child’s progress according to these milestones. If you’re unsure about your child’s development, or have any questions, please reach out to us.

New year’s resolutions are a great idea. After all, what better way to start the new year than with a fresh outlook on life?

In reality, however, new year’s resolutions often don’t last because they’re unrealistic and poorly executed. With this in mind, we’ve put together a list of achievable, healthy resolutions for you and your family to try.

Let us know how you go!

Losing weight is a common new year’s resolution. But instead of following the latest diet craze, focus your efforts on eating simple, healthy food like fruit and vegies as much as you can. Just one extra serve of vegies a day can make a big difference, says PVH Medical Dietitian, Jessica Fuller. “It can reduce your risk of mortality by 5% which is pretty impressive,” she says.

2. Find a gym buddy or do group exercises

We all know that going to the gym can be daunting. But what if a friend came along with you? Your buddy can keep you accountable for meeting your goals. You could also consider a group exercise class, like the one we run at our practice in Pascoe Vale. Qualified exercise physiologist Mike Fitzsimon runs classes every week. “Group exercise classes are a great way to prevent injuries and chronic diseases,” Mike says.

3. Ask for help if you need it

Life can throw us some curveballs, causing problems at home, work or school. Often the hardest step is the first step – asking for help. Family, friends and loved ones can offer a great support network. But if you feel like you’ve got no one to turn to, or you need extra support, you can always seek professional help. The psychologists at PVH Medical treat each client with respect and dignity. “Every discussion is kept confidential,” psychologist Jenny Ricketts adds.

4. Help your child with developmental delays

Do you have kids? If so, you want them to get the best start in life. This includes ensuring that they keep developing as they grow older. Developmental delays like speech and language problems can be addressed by working with a qualified speech pathologist. With 20 year’s clinical experience, PVH Medical Speech Pathologist Naomi DeNicolo can help your child with speech and/or language difficulties, and even with problems swallowing food or drink.

5. Get that niggling pain looked at

Life’s too short to put up with niggling pain. Whether you have a sore back, an injured knee or even a headache, seeing a physiotherapist can help. We recently welcomed Naveena Seethapathy to the PVH Medical team. For Naveena, physiotherapy has been a career where she has found her calling to help those injured or in pain. “It’s never too late to seek help for niggling pain,” says Naveena.

So there you have it – five healthy new year’s resolutions anyone can achieve.

If you need help with any of them, we’d be pleased to help. Simply call 9304 0500 or make an online booking today.

Note: This information is of a general nature only and should not be substituted for medical advice. It does not replace consultations with qualified healthcare professionals to meet your individual medical needs.

Read More
Aug 16 Comments Off on Do you know what a speech pathologist does?

People who experience difficulties swallowing food and drinking safely can also be helped by a speech pathologist.

Speech pathologists work with people who have communication and swallowing difficulties that:

The video below shows how one woman rediscovered her voice following a stroke.

We have an in-house speech pathologist

She has more than 20 years’ clinical experience across many clinical areas including acute medical, rehabilitation, and private practice.

She loves being part of the PVH Medical team, providing support for the members of the Pascoe Vale community.

Naomi is available every Wednesday and Thursday. 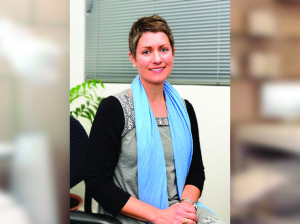 It seeks to promote speech pathology and the work done by speech pathologists with the more than 1.2 million Australians who have a communication disability that impacts on their daily life.

Communication is a basic human right and Speech Pathology Week seeks to promote this fact.

Are you wondering how to communicate with those who may have a communication disability?

Could speech pathology help you?

If you live in the Pascoe Vale area and have difficulty with communication, we may be able to help.

Note: This information is of a general nature only and should not be substituted for medical advice. It does not replace consultations with qualified healthcare professionals to meet your individual medical needs.